Silverlight is Microsoft’s latest foray into the world of web media. While there are many individual components to Silverlight, essentially, it functions much like a wanna-be competitor to Flash (the Internet standard for rich, interactive media). What Microsoft is trying to do with Silverlight, is make the creation of this media much easier (anyone who has sat down to author a Flash file understands how intensive the process can be).

And while historically Microsoft has always been a bridesmaid when it comes to anything Internet related, they did manage to get NBC to use Silverlight to broadcast video on the web for the 2008 Summer Olympics. If you’d like to see Silverlight in action before you read any further, you can check out NBC’s Olympic site here (you’ll be prompted to install the Silverlight plugin before you can watch any of the videos…and um…be prepared for a lot of video “buffering” messages too).  Update: The buffering problems seem to have been fixed and may have been due to the surge of traffic opening night.

So the question is, when it comes to web video, how does Silverlight stack up against Flash? Well, to answer that question, I did my own small test.

I started with a 3 minute video shot in standard NTSC format (720×480) and saved as an AVI file. It was 7 GB in size. Then from this AVI file, I created both Flash and Silverlight files in the standard web size of 320×240.

For the Flash file, I used Flix Pro to do the conversion (Flix runs $250). I rendered the Flash file at a bit rate of 700. The resulting Flash file was 16.5 MB in size…and…it had excellent, near crystal-clear quality.

To encode the video into Silverlight, I used Expession Encoder 2 from Microsoft (this is Microsoft’s Silverlight conversion tool…it runs $199). The resulting Silverlight file was 15.7 MB in size at a bit rate of 700…and…while the video image quality was excellent, the video lost a noticeable amount of contrast. 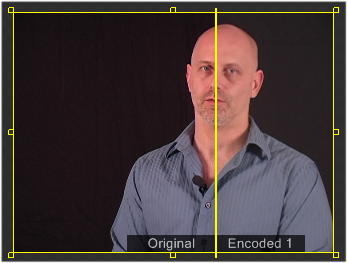 Both Flix Pro and Expression Encoder make the job of embedding videos in your web pages easy…they (optionally) create video players, the necessary embed code and even the web pages. The difference? The typical Flash video embed will have 3 files; the Flash player, a Javascript file and the Flash video itself. With Silverlight, there were 11 files…plus the video itself. While all of these extra files were small Javascript files…that’s still a lot of baggage.

Another thing to keep in mind is that roughly 98% of Internet users can view Flash videos without being prompted to install any extra software or plugins. Not so with Silverlight. Unless you just bought a brand-new Windows computer, you’ll likely be prompted to download the Silverlight plugin before you can watch Silverlight videos (this extra step can force a lot of potential viewers to simply click away).

So what’s my bottom line recommendation on Silverlight? Well, as far as web video goes, I see no reason why to choose it over Flash. Now to be fair, Silverlight is intended for far more than just web video…but then again…so is Flash.

Maybe things will change over time…maybe Silverlight will find a niche where it’s the dominant force. Maybe Windows developers will jump on the Silverlight bandwagon and flood the Internet with useful, elegant, intuitive web applications. Or maybe once again Microsoft is already too late to the prom.